Australian storyteller, Murray Hartin penned this poem in three hours flat. Murray says he’s been troubled for a while about young and old fellas deciding things are too tough to go on and he wanted to send a message of hope.

His cattle didn’t get a bid; they were fairly bloody poor,

What was he going to do?  He couldn’t feed them anymore,

The dams were all but dry; hay was thirteen bucks a bale,

Last month’s talk of rain was just a fairytale.

His credit had run out, no chance to pay what’s owed,

Bad thoughts ran through his head as he drove down Gully Road,

‘Geez, great grandad bought the place back in 1898,

Now I’m such a useless bastard, I’ll have to shut the gate.

“Can’t support my wife and kids, not like dad and those before,

Crikey, Grandma kept it going while Pop fought in the war.”

With depression now his master, he abandoned what was right,

There’s no place in life for failures, he’d end it all tonight.

There were still some things to do; he’d have to shoot the cattle first,

Of all the jobs he’d ever done, that would be the worst.

He’d have a shower, watch the news, then they’d all sit down for tea

Read his kids a bedtime story, watch some more TV,

Kiss his wife goodnight, say he was off to shoot some roos

Then in a paddock far away he’d blow away the blues.

To check the roadside mailbox – and found a letter from his dad.

Now his dad was not a writer, mum did all the cards and mail

But he knew the writing from the notebooks that he used at cattle sales.

He sensed the nature of its contents, felt moisture in his eyes,

Just the fact his dad had written was enough to make him cry.

this life upon the land when you’re screaming out for rain,

there’s no candle in the darkness, not a single speck of light,

but don’t let the demon get you, you have to do what’s right

You have to talk to someone, and yes I know I rarely did

“I’m worried about you son, you haven’t rung for quite a while

The bank was at the door; I didn’t think I had a choice

I began to squeeze the trigger, that’s when I heard your voice”

“You said, where are you daddy? It’s time to play our game

I’ve got Squatter all set up, we might get General Rain

It really was that close, you’re the one that stopped me son

And when you get this letter ring me, ‘cause I’d love to hear your voice”

Well he cried and laughed and shook his head, then put the truck in gear

Dropped the cattle at the yards, put the truck away

Then he strode towards the homestead, shoulders back and head held high

He still knew the road was tough, but there was purpose in his eye

He called his wife and children, who’d lived through all his pain

Then he walked towards the phone, picked it up and rang his dad

And while the kids set up the Squatter, he hugged his wife again 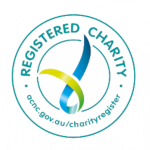 Click on the button to make a donation online:

For instructions on other ways to donate to DWCS, please click here. All donations of $2 or more are tax deductible.

Individuals or groups wishing to volunteer to help DWCS in its outreach to country families are invited to click or tap here to read information on how you can help, prior to completing the initial Volunteer Registration Form at the bottom of that page.